What is a Lead

What is a Lead

Actually Leads and Contacts are synonyms. We use the term “Lead” in developer docs while we use “Contact” in the UI. A Lead aggregates requests and metadata collected during conversation(s) with a single user (Anonymous or Authenticated, see next Section). Example of metadata: Fullname Last name Email Custom metadata

In general, if the user is connected as “Anonymous” a Lead is created automatically based on the user-id (the user-id is a random generated UUID during the anonymous authentication process). All next user conversations with this UUID will be aggregated in a single Lead.

A user first will be asked for some metadata to follow up a conversation:

Then the user contacts the support two times, as you can see by conversations summary:

Now in Contacts module you can search by email (andrea1@gmail.com) for the Lead:

As you can see there is only one Contact with that email. Now in contact detail you can see all the two requests made by this user:

If the user, with the same email, starts a request from another browser he will be assigned a new Anonymous user-id. So, for example, if I made a new request from Safari (we started with Chrome browser):

As you can see the user is totally new (a new Anonymous user is created with a new UUID). Now I insert the same email as in Chrome:

If a execute the same search as before, by email:

Now I find two Contacts, because they have a different UUID as you can see in the detail of the new Contact (Andrea Sp1):

And this user only made one conversation.

Actually we do not provide a feature to “merge” the two contacts into one (they are effectively the same user, recognized by their identical email, also if the two Contacts have different user-ids). This feature, with the ability to manually create and modify Contacts, is in the roadmap but it is not a top priority for the moment. 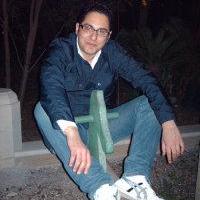